How to prepare structures for HADDOCK?

Back to main best practice page

First step in your docking protocol is to know which molecules you want to find a complex for. This might sound easy, however it can be quite tricky. This section explains where to find or model input structures, how to edit them and prepare them for HADDOCK:

Which structures are available?

In the best case scenario there is an experimental structure available. All crystallographic, NMR or cryo-EM structures protein structures are deposited in protein data banks:

In case when there is no experimental structure available for molecules of proteins of interest, one can use proteins homologs as templates for protein modeling. There are multiple tools that help us to do so. Some online tools for homologue search are here:

Once one finds the protein homologues, some freely available software for homology model building are here:

Homology modeling using these tools is described in our tutorial here:

Modelling of peptides and mutations in proteins

Note that pdb_mutate.py will not create the new side-chain atoms (this is handled by HADDOCK). But if you prefer to have control of the side-chain conformation rather use tools like Pymol to introduce the mutation. This is even recommended in the case of a mutation to Histidine as the server can not automatically guess the protonation state if the side-chain is missing. 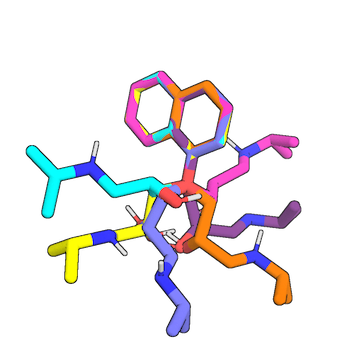 Preparation of small molecules for docking is further described in the frequently asked questions page.

Proteins are not rock-solid and HADDOCK can handle flexibility of the interface to a certain extent. An elegant way how to account for larger conformational changes is ensemble docking of conformations generated by Molecular Dynamics (MD). There is a number of MD engines available for generating of conformations such as:

Examples of using MD for HADDOCK are shown here:

Upon acquiring the input structures provided you might want to modify in one way or the other. This might not be very straightforward since pdb files have to meet strict formatting requirements and are rather lengthy to edit manually. The HADDOCK group has therefore developed a pipeline called PDB-Tools where pdb files can be submitted and edited it as needed. PDB-tools are available here:

Once you have your structures HADDOCK-ready you can go to next step and define restraints.

Any more questions about pdb preparation for HADDOCK? Have a look at the HADDOCK bioexcel forum hosted by

. There is a very high chance that your problem has already been addressed.